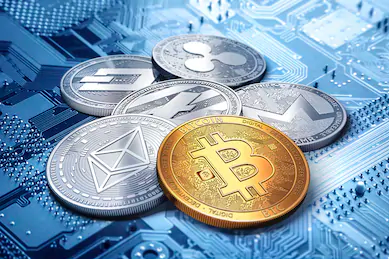 Gone are the days when currencies would only refer to coins and banknotes. The internet has brought with it a lot of change in the financial industry, and today, money can be electronic. What is even more surprising is that today, there is a rise in altcoins such as bitcoins and many more. Today, there are more than 1658 cryptocurrencies in the world. The world is still anticipating for more. The rise in the number of cryptocurrencies has seen the need for cryptocurrency atm such as the bitcoin ATM. Bitcoin is a form on cryptocurrency. While the discussion on cryptocurrencies is broad, we choose to reserve it for another day but first, let us understand what a bitcoin atm is, how it is used and its advantages.

What is a Bitcoin ATM?

It is simply a kiosk that lets one purchase bitcoins using real cash or a debit card. Some types of bitcoin ATMs offer bidirectional functionality, such that one can buy and sell bitcoins for money. There are cases whereby some bitcoin providers require one to have an account for transacting on the ATM.

There are two types of these machines, the cash kiosk, and the bitcoin atm. They are all connected to the internet to allow for cash or debit card payment in exchange for bitcoins given as a paper receipt or moving cash to a public key on the blockchain.

The Future of Bitcoin ATM

Bitcoin ATMs have increased the ease of access to money. A user can convert cash into bitcoins and send it to a receiver’s wallet. The receiver can as well go to the atm and convert the received bitcoins into cash. The process is hassle-free and requires a lesser transaction fee.

Most people prefer bitcoin atm because they provide higher anonymity as one doesn’t have to meet anyone to do complete the transaction. They only need to interact with the machine. The user also doesn’t have to deal with huge exchanges to convert their currencies. In case a technical problem with the machine arises, you need to report it to the respective bitcoin atm provider to be fixed.

Daniel Polotsky is the CEO of Coinflip project, a cryptocurrency ATM company. In an interview, he says that his first encounter with a bitcoin atm was in Chicago, at Cassava in Wrigleyville. He says that while it gave him an awesome experience, it was not so user-friendly and so he decided to go to localbitcoins.com and bought bitcoins through in-person meetup. He and his trading company then started chatting about a bitcoin atm and thought it was a good idea. Some months later, the two came up with their bitcoin atm.

He says that CoinFlip differs from other cryptocurrency ideas as it lets customers purchase cryptocurrencies without having a bank account or waiting for long periods before they can be approved. CoinFlip offers the lowest bitcoin atm rates. Also, registration is hassle-free and can be completed on the phone in just 5 minutes.