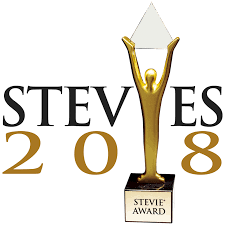 USHEALTH Group (USHG) is a health insurance provider with several agencies that offer different health insurance solutions. Many of the companies complement each other at the marketplace. Over the last few years, there has been exponential growth at all of their agents with some winning awards and accolades in the industry. Led by Troy McQuagge, the president and the CEO of the Group, USHEALTH agencies have been on a scoring spree and shaking up the industry.

USHEALTH Advisors L.L.C. Win the Stevie Award for the Company of the Year

Recently, the USHEALTH Advisors L.L.C. (USHA) won a Gold Stevie Award for the company of the year in the Insurance category. USHEALTH Advisors is the distribution arm of the USHEALTH Group. It sells additional products and individual health coverage that is underwritten by another USHEALTH agent called Freedom Life Insurance Company. USHA target the small businesses, self-employed and individuals with its health insurance products

USHA had won a silver Stevies in the 2016 awards ceremony for the sales Growth Achievement of the year in the category of Financial Services and Insurance and the Field Sales Team of the Year. When receiving the award, Troy McQuagge said that he was privileged to work on behalf of the agencies and USHG at large. He added to say that his role is to unlock the potential that exists among the employees and the company at large.

Troy says the company has embarked on leveraging world-class distribution capabilities with the aim of building a great company whose sole purpose was to help and serve individuals and small businesses with innovative and affordable healthcare solutions. He added by saying that the USHA was a story of determination and grit. The company had been able to weather several challenges that had forced similar companies to exit the industry.

The Secret to Success

McQuagge states that the secret behind the success of the USHA lies in several secrets. First, the company pursues excellence in accomplishing their goals with the mission of H.O.P.E (Helping Other People Every day). Secondly, the company strives to offer innovative products to its target market. He adds to say that most of the products offered by USHEALTH Group were not in existence before the company was incorporated.

The USHA was able to create affordable products, which propelled its rise to the top. Troy believes that company will keep bringing more innovation to the insurance industry and helping many Americans access affordable healthcare solutions. He has a team of able executives and sales personalities, which he believes will take the company to the next step in business.

There are over 3700 nominations for the award at any time in over ten different categories. The organizers of the award look at different factors for the award depending on the group that the company has been nominated. According to the founder and president of the awards, Michael Gallagher, the nominations are outstanding, and competition is always intense. Therefore, earning an award is an accomplishment.