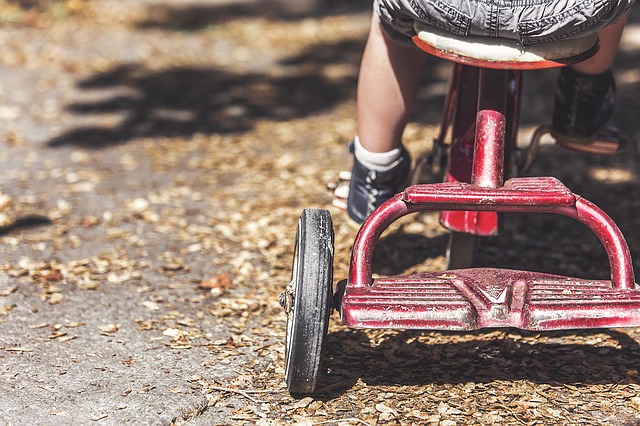 You’ve been here before: you are standing in the toy store, picking out a holiday gift for a child in your life. On one side of the aisle are toys slathered in pink, ponies and Barbie dolls and false makeup kits and mini-ovens that can only make cookies. On the other side is an abundance of blue, covering the uniforms of action figures, model vehicles, and science kits. One is meant for girls, and the other is intended for boys—and if you buy from the “wrong” side of the aisle, you are defying ages-old traditions about what it means to be male or female.

So you pick a princess set for a girl you know and a rocket ship for a boy (perhaps you are shopping for nieces and nephews you do not know very well, or even your own children). That should be a safe bet, right? Boys and girls like their respective subjects, so you won’t get complaints that the children in your life were unhappy with your gifts this year.

This pattern is harmful, though. Stereotyping children based on gender them with an outdated practice that constrains them to a set of expectations and rules that follows them into adulthood. If you discourage a girl’s interest in math and science because you think it is a “boy” subject, you might deter her from pursuing STEM fields later in life because her interests were forcibly replaced with stereotypically “feminine” things, like childcare (babydolls) and cosmetics. The toys we give children matter—so here are a few reasons to be more flexible with your gift-giving this year:

You may recall a few years ago when Target announced online that it was removing gender-based labeling on all of its toys, including colored backgrounds on shelves and store signage. The move caused a bit of a stir: some people were excited, but others believed this was a violation of important traditions. However, according to Professor of Communications and Media, Jason Bainbridge, boys and girls have been trying to play with each other’s toys for a long time:


“Take the action figure, for instance. Starting with G.I. Joe in 1964, it was in part conceived because boys were observed “secretly” playing with Ken dolls. This led to the development of an entire market that was essentially dolls for boys… Similarly, when girls were observed ‘secretly’ playing with He-Man figures, Mattel and cartoon company Filmation created girl’s action-figure line She-Ra, based around He-Man’s sister.”

These kids thought there was something presumably shameful about playing with dolls not marketed towards them. Gifting children gender-neutral toys, or leaving room for them to play with toys placed on the other side of the aisle, allows them to express themselves more freely and cultivate a broader range of interests—without guilt. The Let Toys be Toys campaign also offers excellent information and resources regarding the benefits of not restricting toys and books by gender.

It sets them up for life

Infants do not have any preconceived notions about their future careers, but for some reason, the adults in their lives often do. The toys we give children gives them an idea of what jobs—and behaviors—are suitable for girls and boys. Gifting your son or nephew a doll, for instance, lets him know that it’s okay for men to be caretakers. Encouraging your daughter or niece to experiment with a mini chemistry set tells her that woman can be scientists and have analytical minds, too.

Broadening the range of experiences the children in your life have gives them more agency over the course their own lives take (and it can improve their decision-making skills, too, rather than assuming one thing equals another all the time)—so when you are shopping at Target or Jizels this holiday, remember that toys are best not “assigned” by gender.

It helps them make more friends

When children are not restricted to certain toys and activities, they are not therefore not limited to interacting with only one kind of peer (namely, their own gender). A developmental psychologist from Shenandoah University in Virginia, Laura Zimmermann, notes: “Mixed-gender play is really important, getting boys and girls to play with one another and recognize behavioral similarities. Children can overcome their anxieties about playing with other gender-children if you can get them to understand there are a lot of similarities in what they like to play with, rather than focusing on the gender of the child.”

When children are allowed to play with whom and what they wish, it opens the door for stronger friendships and improved social skills. Toys play a critical role in children’s development, so your gift-giving has the potential to shape the lives of the children you love. What gifts will you give the children you know this year?