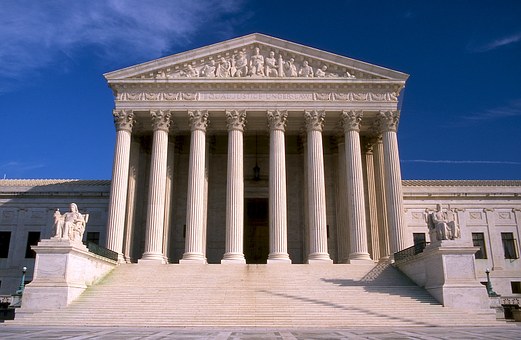 GOP senators are determined to make Brett Kavanaugh the next SCOTUS justice. They’ve been handing out Necco Wafers to their Democratic colleagues like crazy in a sly bid for their votes. But what’s really worrying the GOP lawmakers is that the National Archives has not been able to deliver all of the records yet on Kavanaugh’s rulings and administrative proceedings for the past twenty years. There’s so much of it that sixteen clerks at the Archives have already been stricken with hernias just lifting the Kavanaugh documents down from the shelves. All sixteen are on paid medical leave until further notice, which is going to run the nation’s trillion dollar debt up just a wee bit higher.

Sources close to nobody in particular say that Kavanaugh himself is not worried about what legislators may find among the vast array of documents he has managed to accumulate during a lifetime of doodles, scribbles, and stamped parking receipts.

In response to reporter’s questions at a Thursday news conference, Kavanaugh said “I regret that I have but one thousand files to give to the Senate. My triplicates are all in order. A Notary Public has been called in to punctuate my run on sentences. And every piece of information on my public life will be scanned by the next Ice Age. That is a promise I can make to every man, woman, and child in America.”

Afterwards reporters were given a tour of the basement vaults of the National Archives, where nearly two dozen were accidentally locked in for the night and then rescued by a team of young Thai soccer players before they asphyxiated.