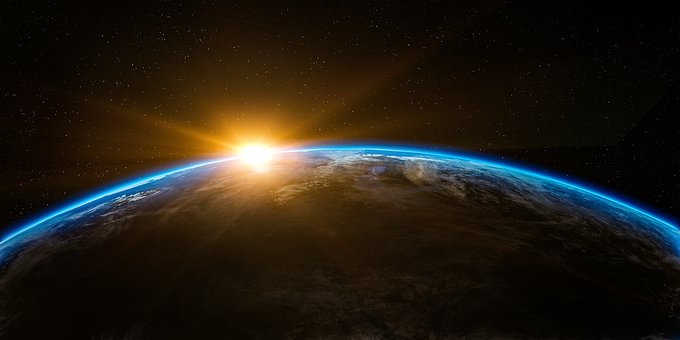 Vice President Mike Pence announced on Thursday the formation of a new branch of America’s Armed Services, to be called Space Force. I bet you can’t guess what it’s going to do — it’s going to protect the good ol’ U S of A against all sorts of bad actors from outer space!

Even those grouchy old Democrats up on Capitol Hill who are always beating their gums about how bad everything is around the place are admitting that the concept of Space Force is way cool. Who doesn’t want to buzz around in a rocket ship, blasting bad guys with a laser canon and hassling Martians for jaywalking?

Of course, Pence and the nation’s lawmakers have no idea how to finance this tremendous new concept yet — and so we’d like to offer a few suggestions:

Start taxing the air we breathe. If it’s visible, it’s taxable. Cheapskates who don’t feel like coughing up their fair share can just hold their breath.

Escalators at the Great Wall of Mexico. Once it’s finished we just let everyone ride up over it on an escalator, for a fee, of course, and then when they’re at the top we just push ’em back into Mexico. The repeat customers will be numberless.

Finance the whole shebang with cryptocurrency. Nobody really knows what cryptocurrency is anyways — so pay the rank and file in Trumpcoin or some such made up Monopoly money and let them worry about using it to pay their bills. The Pentagon can use Trumpcoin to buy all the gizmos it needs to launch rockets like the Fourth of July. Should be a million laughs.