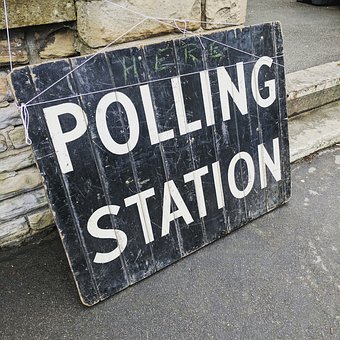 Some important elections are coming up this week in Kansas, Missouri, Michigan, Washington, and in Ohio. Here is our break-down of the candidates and their platforms:

Voters have the choice of either sending Democrat Max Liblobby or Republican Mildred Miniscule to Congress. Liblobby has come out for gay rights and postal deregulation. Miniscule is campaigning to bring back free telephone directories and neighborhood fondue parties. Our opinion:  Don’t live in Kansas in the first place, and if you’re already stuck there try to find work somewhere on the West Coast or even in New Jersey. Anywhere but Kansas!

Missouri is called “The Snow Me State,” and for good reason. The election there involves a referendum on putting medical marijuana in sno-kones for patients who are also suffering from chronic nostalgia. The consensus among political experts is that the measure will pass by a slim margin, and then be vetoed by the Governor, who will then be impeached for malfeasance with state funds and wind up moving to Kansas to host a talk radio show in Topeka.

Our correspondent in Michigan forgot to file anything about the upcoming election, so we’ll just recommend that everyone go to the beach and stay there until the whole thing blows over.

They’re going to send a stoned out tree hugger to Congress, no matter what we recommend, so fie on them.

Ohio’s election is a special case, since the current congressional seat has been vacated by Justin Bieber, who never actually had the right to hold it in the first place — so a special election is being held to determine whether or not Bieber should be extradited for prosecution or allowed to self destruct on Facebook. The consensus seems to be that all roads lead to Rome, so we recommend leniency and a frosty mug of A&W root beer.